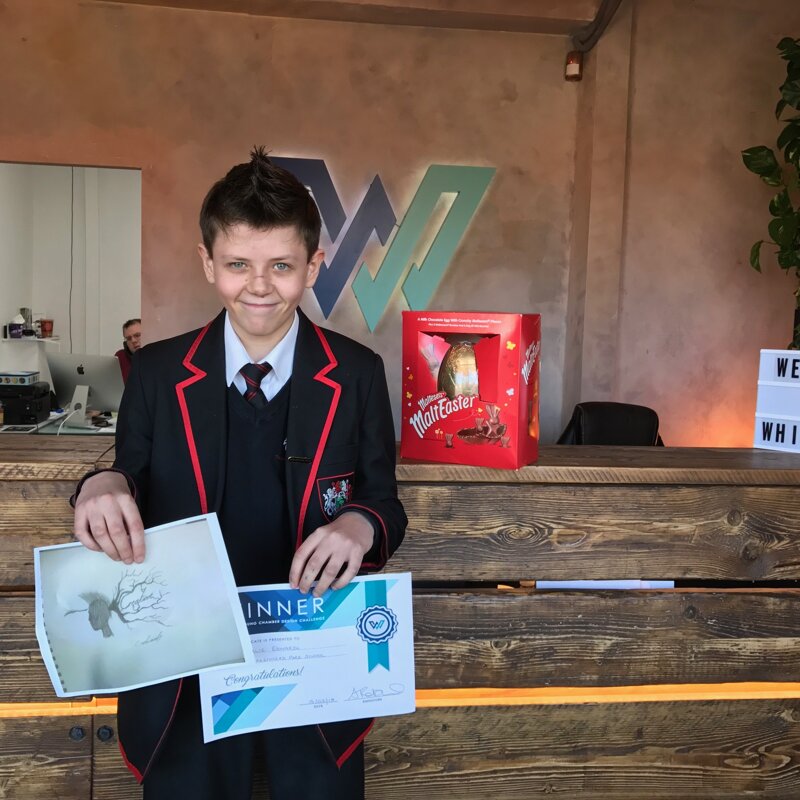 The competition was for students to interpret a design brief and create a logo that represented themselves. Charlie, who is in Year 10 at The Birkenhead Park School, created a logo in which he drew himself with a tree branching out of his head to show that the older he gets the more he is learning and growing like the branches of the tree.

Charlie collected his certificate from The Whitfield Business Centre, he also won an Easter egg and has been given the opportunity to re-create his logo digitally on the computer at the centre.

Charlie said: “The inspiration for my logo came naturally and it only took me five minutes to do. I am so excited that I have the chance to create it digitally on the computer.”

He has also been invited along to attend the launch of Whitfield Business Centre’s new creative space.

Susie Roberts, Marketing and Communications Manager at Whitfield Business Centre, said: “‘We had some amazing entries to our Design Challenge at the Wirral Young Chamber Careers Event, but Charlie’s really stood out.  He fully interpreted the design brief to create a logo that represented himself, and then executed the graphic brilliantly. There’s definitely a designer in there somewhere.” 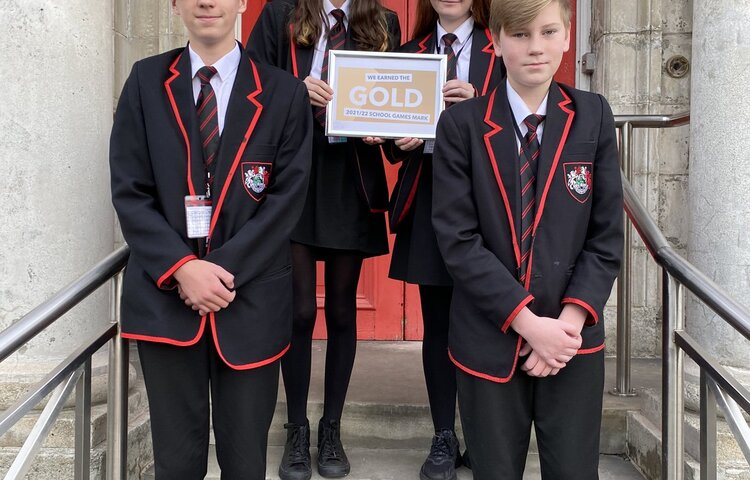