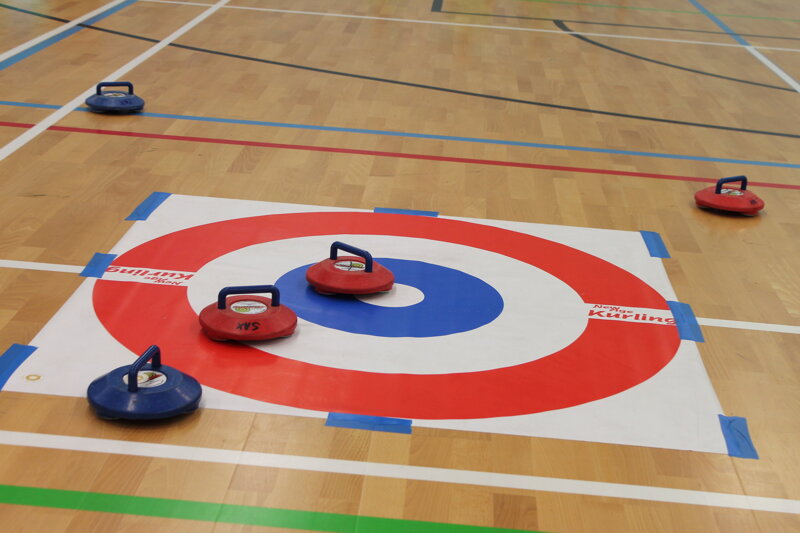 This sport has quickly grown in popularity, and participants, called Kurlers, are appearing all over from different age groups and various backgrounds. With one main difference from traditional curling, this sport is played indoors on a flat smooth service - no ice needed!

Every Wednesday lunchtime students at The Birkenhead Park School have been getting active and taking part in their very own New Age Kurling Club. Last week they competed in their first ever competition and won so will now be representing Wirral in the county finals.

New Age Kurling helps develop physical and team work skills, with each player delivering stones which are the same as their team colour, usually red or blue, towards the target at the opposite end of the court. The stones can be moved using any part of the body, providing the player is behind the line upon release of the stone. Each game consists of four or six ends; an end is completed when each team has thrown eight stones or the score has been decided. A team scores one point for each stone that is closer to the centre than any opposition stone. At the completion of four/six ends, the points scored on each end are added together, and the team with the highest total score wins.

The aim of the sport is to encourage students to think tactically about how they manoeuvre the stone, can they set the right pace to put a blocker in front of a scoring stone to stop an opponent. They need to consider how much force they need to put behind a stone to get as close to the target as possible. As well as tactical thinking, the sport also encourages active movement to position the stone or it can be done using a pusher.

Mrs Barnes, School Games Organiser said “The students are really enjoying New Age Kurling. They learn about putting tactics into game playing. We are all delighted to be representing Wirral in the county finals. This is great for our students and we have done really well as this is a new club for the school”

Mrs Barnes is keen to put forward the school’s Kurling Club for further competitions to develop their engagement and participation with other local schools and continue competing successfully.

iKNOW Revision Programme teaches students HOW, WHAT and that they CAN revise!